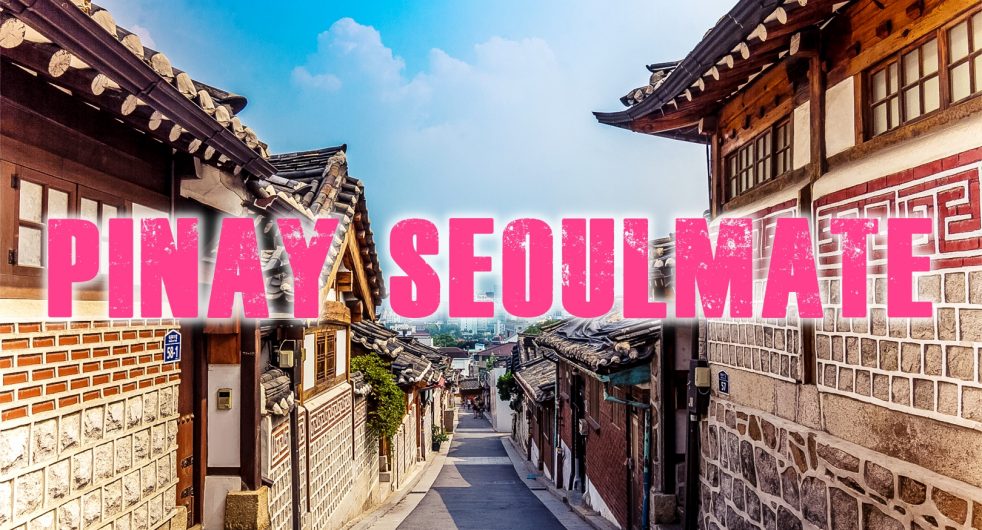 Five weeks ago, I visited Clinic Gyul to get my eyebrows tattooed. Yeah, I can hear you saying, “What?! Tattoo? That hurts!” Actually, I was never interested in getting my skin inked, but the idea of not having to fill my brows in with makeup every morning had obvious appeal. So I introduced myself to the wondrous world of eyebrow microblading!

Last time, I got  the “make up” eyebrow tattoo to form the brow shape that I want. Today, I got the “natural” eyebrow tattoo to complete the 3D Eyebrow effect. I was told to go back to the clinic for the second procedure 2-3 weeks after the first one. By then, my skin would be completely healed already. However, I didn’t have the time to visit the clinic until today. Oh, Seoul life! Anyway, I made an appointment in advance to avoid delay since I only had a limited time.

The process was just the same. The pretty front desk lady ushered me to the photo room to take some “before” pictures. Then she applied some topical numbing cream on my brows. I asked her to put alot especially on the mid section because it hurt like hell during the first procedure. She just laughed and did so. While waiting for the numbing cream to take effect, I just stayed comfortably in the lounge with some guys and ladies who were also waiting to get inked. To entertain myself, I took selfies with this funny app. I couldn’t stop laughing; for sure they thought I was one crazy ajumma right there. Ahaha!

Here’s a photo of the result of my “make up” eyebrow tattoo (first procedure). This was taken few days ago. The shape was really nice but there were spots that look lighter because of some tiny bald patches.

Here’s another photo of my brows in bright lighting. Sometimes I would use an eyebrow pencil to fill the patches in and make the areas look darker. 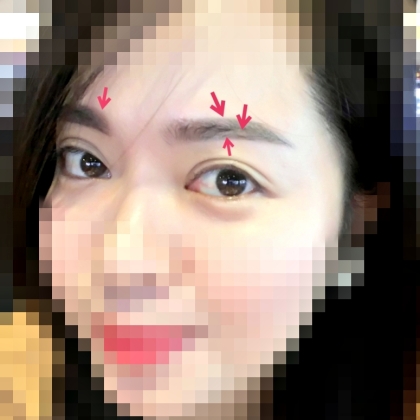 Now, here’s a photo of my brows right after the second procedure. You may not see it clearly since the photo isn’t sharp but there are strokes that look like hair clones. It’s so cool! Hehe! I still have to wait for another week for the scabs to form and peel off before I can see the final result though.

Though the second procedure took lesser time (since the contourist focused on the patchy areas only), I felt more pain this time. With make up eyebrow, I could just feel the needles scratching my entire brow area in relatively fast speed. However with natural eyebrow tattoo, the contourist has to carefully make fine incisions one by one using a very thin and sharp blade (micro blade) before putting color pigments to create “real hair” look. It’s done slowly and carefully. With every stroke, I could feel my skin being sliced. Oouuccchhh! I don’t know if my skin is just too sensitive to pain compared to others, but it really hurt a lot that I wanted to scream! And I’m not kidding. Fortunately, I didn’t need that much “natural brow hair” tattoo since the bald spots were just tiny. I doubt if I could endure the pain if my brows were mostly bald. Waaaaahhhhh!

Despite the pain, I don’t regret doing it. You know, nothing worth having comes easy. I am very happy with my new brows. Finally, I can confidently go out anytime without makeup and without looking like walking Monalisa.  Also, I no longer spend a long time in front of the mirror every morning. Woot!

With this microblading experience, I was able to beautify my brows and learn a lesson as well. If you really want to change your life for the better, you should want it so much that you are willing to give up your old self and ready to endure temporary pain or hardship that comes along with the process. You should go out of your comfort zone and face your fears. The process may not be easy, but the end result is always worth it-a better you, a better life.

Thanks for dropping by!

You may want to read: Eyebrow Microblading Experience in Seoul